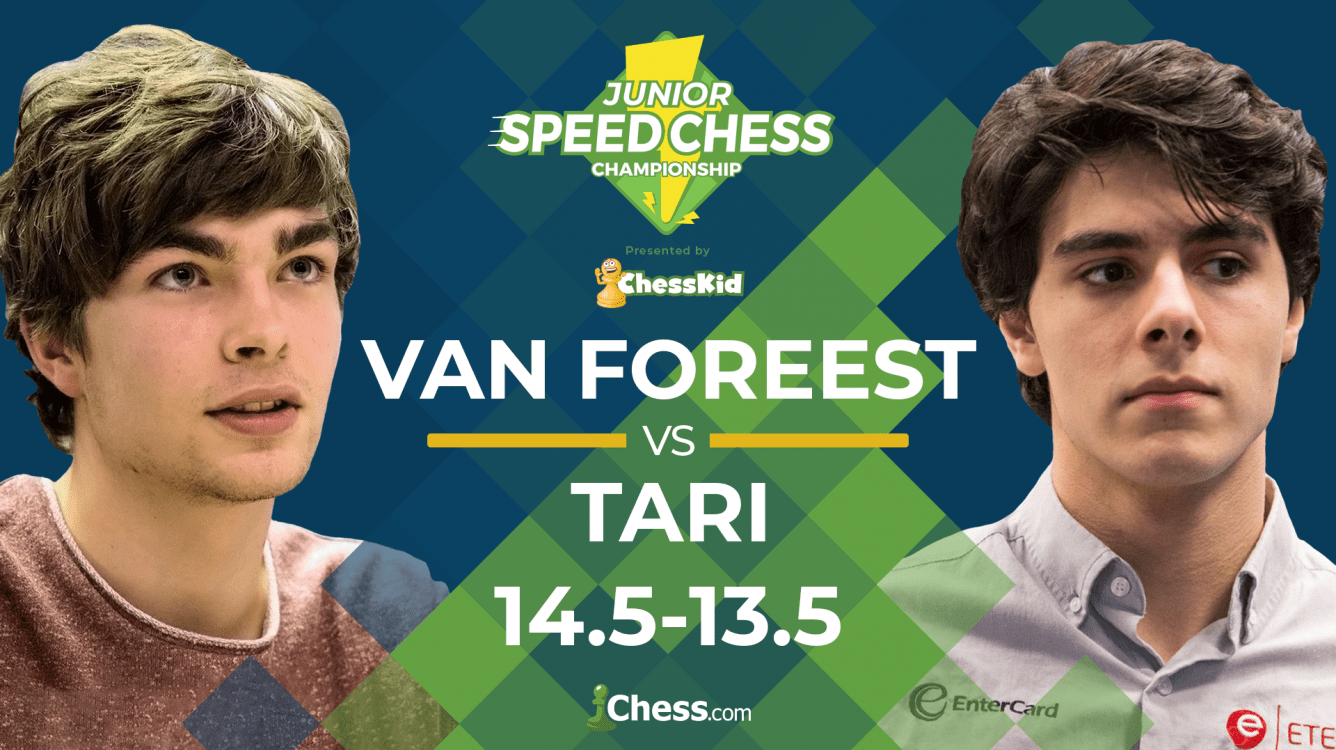 It came down to the wire.

Jorden van Foreest led for most of the match, but his opponent Aryan Tari come back and took over the lead in the bullet before van Foreest eventually won the first Junior Speed Chess Championship match in the last bullet game.

It was the first match of the inaugural speed chess tournament for juniors on Chess.com, and it was a nail-biting one. If the tension and drama provided by van Foreest and Tari is exemplary for the rest of the event, then chess fans have lots of entertainment to look forward to in the coming months.