Another game by Adolf Anderssen from 1851 called the Original Immortal game, it shows how Chess was played in that era.

The Immortal Game was a Chess  game played by Adolf Anderssen and Lionel Kieseritzky on 21 June 1851 in London. 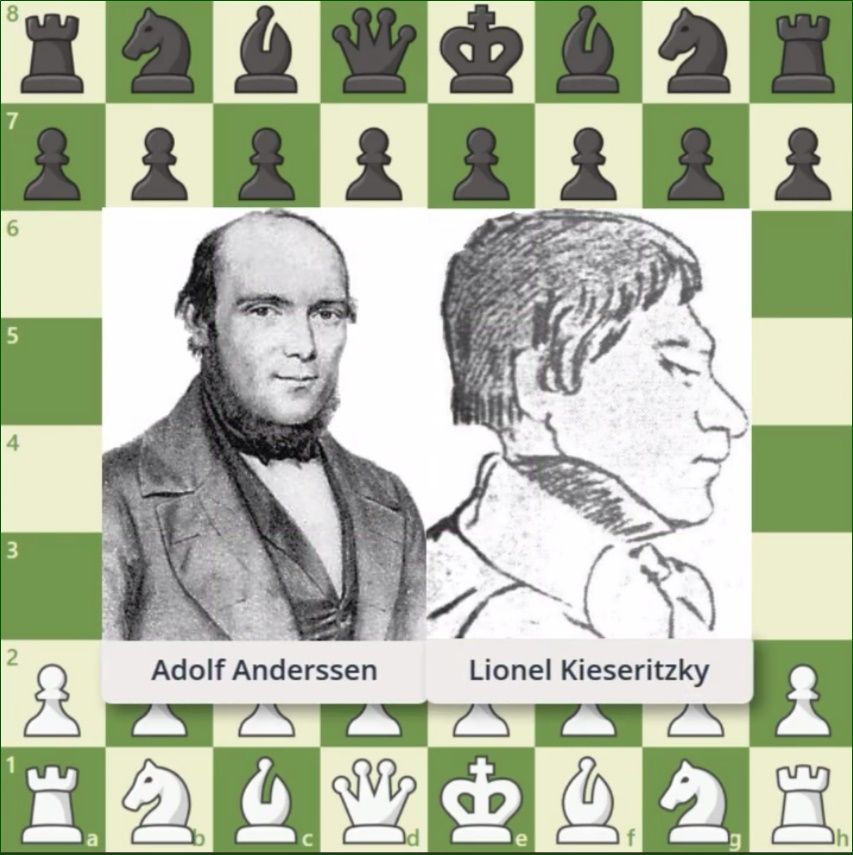 The bold sacrifices made by Anderssen to secure victory have made it one of the most famous chess games of all time. Anderssen gave up both rooks and a bishop, then his Queen, checkmating his opponent with his three remaining minor pieces.In 1996, Bill Hartson called the game an achievement “perhaps unparalleled in chess literature”.